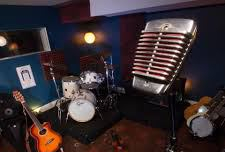 Heading down to one of my favourite places for a Thursday night Jazz Jam. I nixed the free beer for soda water.

By jessendersmorton in Sober October, Toronto, Uncategorized on October 6, 2018
2 comments

You don’t have to read this blog in chronological order, but please read my Sober October Rules for context.

Up until now the challenges for Sober October have been related to work. In a work setting, saying no to drinking comes off as professional. Personally, I’ve always held off on drinking behind the bar. This works into my philosophy that I can’t cut off a drunk/belligerent guest if I’m also intoxicated. Intoxication easily undermines my authority as a bartender. Authority over a guest as a bartender is essential for safe and good service. That sounds brash or by-the-book, but it stems from my experience in event security. Fun fact: I’m still licensed by Ontario as a security guard.

Now today was the first day where I experienced a social-related Sober October challenge. My friend Mark owns a rehearsal and recording space in the west end of Toronto called Annette Studios. Mark has been much like a mentor to me when I first started my bartending career. He has years of experience behind the bar, and has given me much needed advice over the last few years.

Mark’s first passion is music, hospitality second, and often hosts different music jams at Annette. Recently he’s been doing more Jazz Jams on Thursdays. Also recently he’s been recording the Jazz Jam with three film cameras, and a full audio set up. Whenever I can I volunteer my services either behind the bar, or in the control booth. Mark can’t technically pay me, at least not as much as he would like. Our mutual agreement is that I get a few free drinks, often beer in a mason jar from Mark’s personal draft system.

This time around I was in the control booth helping Mark livestream the jam. It was helpful to be away from everyone drinking together for the majority of the night. Mark did offer to help me get inebriated upon my arrival, but I promptly declined. A small explanation of my Sober October project, and I was kindly provided with unlimited soda water all night. Sparkling water and lime is a great alternative to those looking to go alcohol-free for a night. This is mostly because it’s pleasant to drink (if you like carbonation), sugar free, and hydrating. It also looks like you could have an alcoholic drink in hand, so nosy/friendly strangers asking to put drinks in people’s hands will likely leave you be. Plain, old soda water tends to have lots of sodium in it, so watch out for that. It’s also important to note that drinking carbonated beverages on the regular is bad for your tooth enamel. It wouldn’t hurt to switch up your drink choices once in a while if there’s an option to.

In one of my last blog posts I mentioned my love for beer. I have some solid knowledge on different beer styles from around the world, as well as the recent trends coming up in microbrews in the GTA. Toronto is a great resource for craft beer that range in several different styles and prices depending on your preference. Mark usually has a couple of beers on tap from a small brewery up the road called High Park Brewery. High Park Brewery was the first brewery in the GTA to attain the B Corps certification. They produce mostly British style brews that are available in the LCBO. They are currently working on building a permanent location open to the public with a brewhouse, taproom, and bottle shop. High Park Brewery is a great brewery for those who don’t like the Belgian style ales, and sour beers that dominate a lot of craft beer market. The brewery also make a light golden lager, a malty English ale, and a proper traditional-style British IPA. I’ll be sure to update whenever they open up their brewhouse. 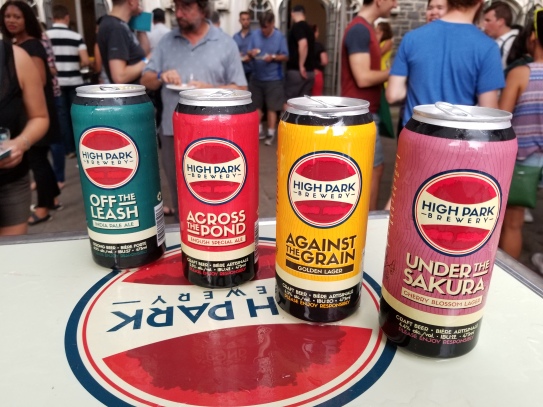 Mark actually had tapped a keg of High Park Brewery’s newest beer called Under the Sakura. This is a Cherry Blossom Lager with 4.4% ABV, and 12 IBU. This is a wheat-based beer with a subtle hint of cherry flavour and aroma. This isn’t a firsthand description, as I didn’t drink it (go sober me!). I’m just paraphrasing from their website. This beer was rather popular amongst the band that night, so I’d say it’s good.

It’s important to note here that this was the hard part of the night. Hanging out with everyone after the show and the livestream was done, and everyone had a drink in their hand. Not to mention the a new beer on tap that I haven’t tried before. This will be one of many times that I’ll be the only person in the room going alcohol-free. Eventually I’ll have to come up with some low-calorie mocktails to keep things interesting.

This blog probably won’t get updated again until after the weekend. It’s Canadian Thanksgiving so I’ll be away celebrating with some friends. This Jazz Jam was just a precursor to all the real social obligations this weekend. Wish me luck! I got Grapefruit-flavoured sparkling water.